This is a brief outline of motorsport at Bo’ness. A much fuller and detailed account will follow when time allows.

The first hill climbs to be held in Kinneil Estate were informal affairs held in 1932 and 1933 by the local West Lothian Motor Cycle Club. These proved popular, and by joining forces with Scottish Sporting Car Club in 1934 the two Clubs held the first official Bo’ness Hill Climb in June 1934 followed by another in July 1935. These meetings were combined car and motorcycle events. 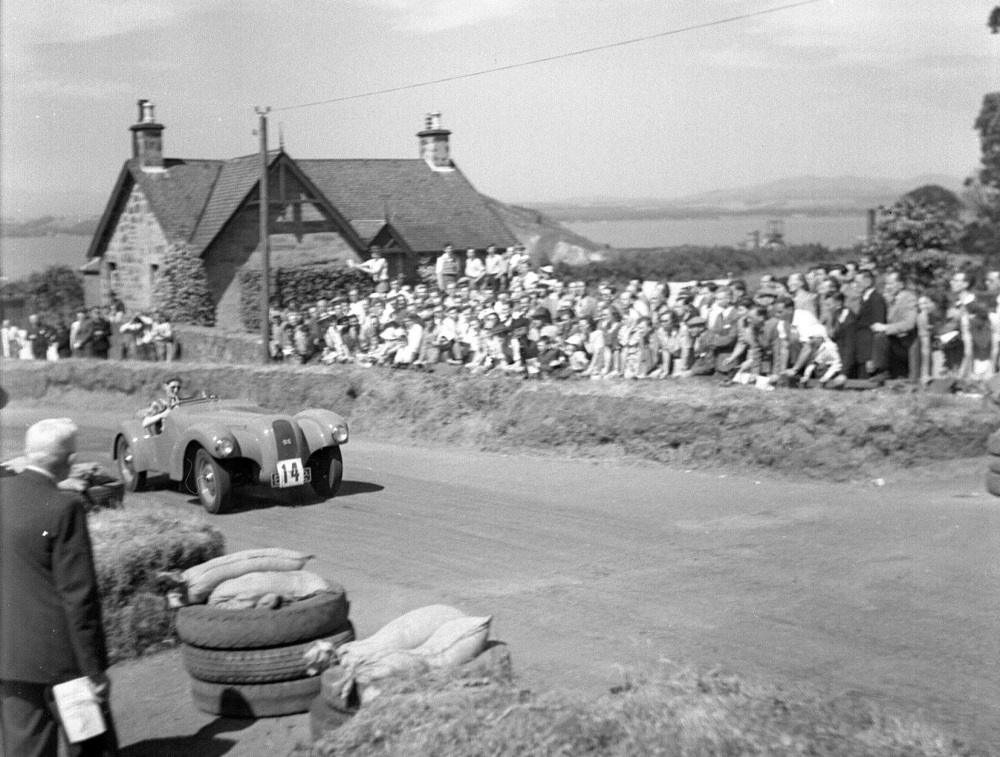 In the mid 1930’s tarmac motorsport venues were few and far between and drivers travelled long distances to compete at the new Hill. The Clubs had big plans for Kinneil Estate and a full size 2.5 mile road racing circuit was proposed to exist alongside the hill climb track. The planning was quite advanced and had the approval of the Scottish Secretary of State in 1936 but unfortunately the proposal never got off the ground mainly due to financial constraints.

The hill climb track was constantly developed and, by the time the Second World War broke out in 1939, several meetings were held at Bo’ness each year attracting all the best drivers in the UK.

Post-War the track was lengthened and developed further. It was honoured in May 1947 by being granted the first round of the inaugural British Hill Climb Championship. Bo’ness continued to host a round of the Championship until closure in 1966. Some of the motorsport superstars to feature at Bo’ness included Jim Clark, Sir Jackie Stewart, Sir Stirling Moss and Peter Collins.